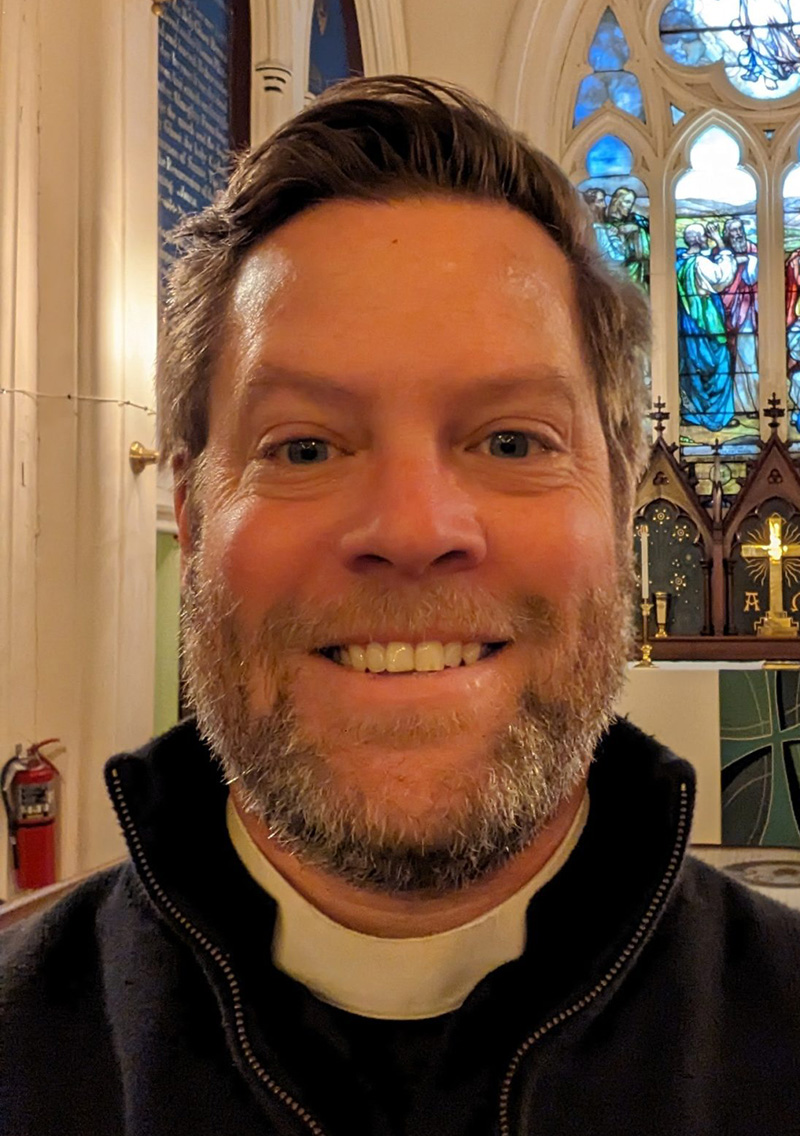 The Reverend Bryce Wandrey began his time as Rector of Christ Church, Reading in January 2023.

Immediately prior to beginning at Christ Church Bryce was Canon Missioner at Grace Church Cathedral in Charleston, SC. He spent four years as a priest at the Cathedral.

Bryce’s ministerial career began in the Lutheran church where, after completing his M.Div. at Concordia Theological Seminary in 2003, he served as a Lutheran pastor in Hickory, NC for four years. Drawn to the Anglican tradition while studying in Cambridge for his masters, Bryce and his wife, Nichole, moved to Oxford in the summer of 2007 to pursue ordiation in the Church of England. While there he completed a Diploma for Theology Graduates at St. Stephen’s House, Oxford University. In Petertide 2008 he was ordained Deacon at St Paul’s Cathedral, London, and a year later ordained priest at St. Michael’s, Highgate.
Bryce served for nine years at two parishes in Highgate, London — St Michael’s and All Saints’ — before the family moved back to the USA where they would settle in Charleston, SC. For one and a half years Bryce served as Middle School Chaplain at Porter-Gaud Episcopal School before beginning his time at Grace Church Cathedral.
Bryce and Nichole have two daughters, Caroline and Emily. As a family they enjoy hiking and camping, playing board games, and taking their Golden Retriever, Charlie, for walks. On his day off, Bryce enjoys hitting a golf ball and, occassionally, finding the same ball only to hit it again.