David Cullen has performed in a dazzling wide range of styles including Jazz, Classical and World Music. He is a Grammy Award Winner for Best Pop Instrumental Recording. He has performed with Will Ackerman, Samite of Uganda, Michael Manring, Victor Wooten, The Jaco Big Band and with the Philly Pops Orchestra. David was a featured soloist at the NEW YORK GUITAR FESTIVAL presented at the 92nd Street Y.

He currently is an Artist–in– Residence at Elizabethtown College. He teaches Jazz and Classical Guitar at  Kutztown University and West Chester University. He graduated from the Hartt School of Music with  BM in Classical Guitar Performance.. David Cullen is featured on the Windham Hill Guitar Sampler and other Windham  Hill Compilation CDs. He has released 2 books through Warner Brothers Publications; JAZZ, CLASSICAL AND BEYOND as well as GRATEFUL GUITAR. His performance DVD JAZZ, CLASSICAL AND BEYOND features multi-camera angles and lessons.

He has performed throughout North America for Classical Guitar Societies, Jazz Festivals and Performing Arts Series. He has released 10 CDs for the acoustic guitar label SOLID AIR RECORDS. David Cullen’s recordings have been featured on NPR stations across the country. 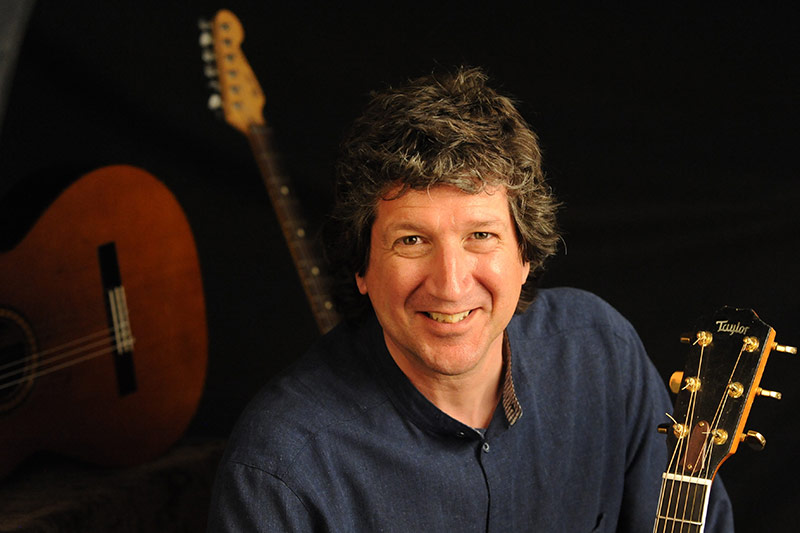