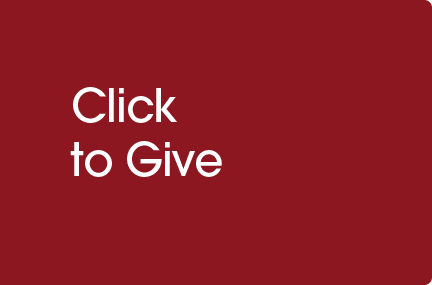 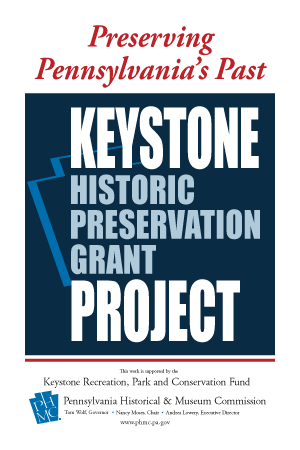 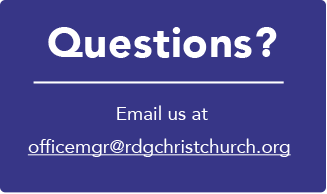 provided multicultural worship opportunities and come to symbolize stability and permanence for a rapidly changing community. Designed by Edward Tuckerman Potter, an American architect recognized for the beauty of his Gothic-style churches, the church’s central location makes it a prime contributor to the City’s revitalization efforts by connecting historical preservation with cultural and economic development. One block from the Penn Street corridor and in proximity to the Reading Main Street/Downtown Improvement District, the church sits within the Schuylkill River National and State Heritage area, and is also a link to the Downtown Arts District.

In 2020 Christ Episcopal Church was awarded a grant from the Pennsylvania State Historic Preservation Office for the purpose of stabilizing and protecting the masonry of the buttress walls supporting its steeple and historic façade. We now need funds to renovate our public spaces and to further repair and restore the integrity and beauty of our spire which has graced the City skyline for nearly two centuries. Your donation will help to ensure that Christ Episcopal Church continues to provide the services and programs that benefit our community, that its beautiful chimes continue to serve as a call to mindfulness, and that it will remain a stunning landmark for years to come.

Click here to view drone video of the steeple. 

Christ Episcopal Church, founded in 1762, is the oldest English-speaking congregation in Reading, Pennsylvania. The present building was built between 1825-26 and many of its Neo-gothic elements were added during a major renovation in 1847. The majestic stone spire was constructed in the early 1860s. It was designed by Edward Tuckerman Potter, an American architect also known for designing the Mark Twain House in Hartford, Connecticut and Nott Memorial Hall at Union College, both of which are also National Historic Landmarks.

The church property is located in the heart of the Callowhill Historic District in Reading which was evaluated by the Keeper of the National Register to certify that it met National Register criteria in 1979. The 253-acre historic district derives its name from the maiden name of William Penn’s second wife, Hannah Callowhill Penn, mother of Thomas and Richard Penn who founded the City of Reading. The church is situated on the corner of Courtand Fifth Street, which was originally designated “Callowhill Street” in her honor.

The architecture of Christ Episcopal Church features many Neo-gothic elements befitting a cathedral including hammer-beam construction the length of the nave, ribbed vaults, and lancet arches and windows. Trefoil motifs appear in the lovely stained-glass windows and in painted decoration throughout. The bell tower houses a fine “chime” of bells which were cast in Troy, New York, and installed in its tower in 1874. They are played manually by two chimers and serve as a call to worship at the noonday Eucharist and special services, and a call to mindfulness for those in downtown Reading as they go about their everyday business. 

About Restoration Artisans and the Buttress Stabilization Project

Restoration Artisans, LLC. provides comprehensive historic stone masonry consulting and building survey services. High elevation spires and difficult to reach areas can now be assessed by the use of drones for evaluation of the facade. For more about Restoration Artisans visit https://restorationartisans.com/

This project is supported by a grant from the Pennsylvania Historical and Museum Commission’s Keystone Historic Preservation Grant, a program funded by the Commonwealth of Pennsylvania.

These photos show the step-by-step progression of the buttress wall repair. The first photo shows what the buttress walls looked like once the Portland cement “stucco” was removed. Some of the remaining cement can be seen at the top of the photo. This is also what our fellow parishioners saw when the properties to the North and South of the church were purchased and razed around 1940-50. Understandably, they wanted to seal the walls and improve their appearance. Sadly, they made a poor choice (Portland cement) of materials to use in creating their faux stone. This cement allowed water to infiltrate both walls for decades.

After consulting with our structural engineer and Restoration Artisans we decided to insert actual brownstone which was miraculously available from a member of Reading’s Historic Architecture Review Board (HARB) who has been collecting brownstone from buildings in the City as they are destroyed. Photo 2 shows how Restoration Artisans prepared the walls to receive the new stone.  Inserting the newly fabricated brownstones which were finished to match the original stone, locked the stones together, and once repointed offers a long-term fix.  Perhaps for another hundred years!  The last photo shows the replacement stones in place and the newly finished end of one buttress wall. 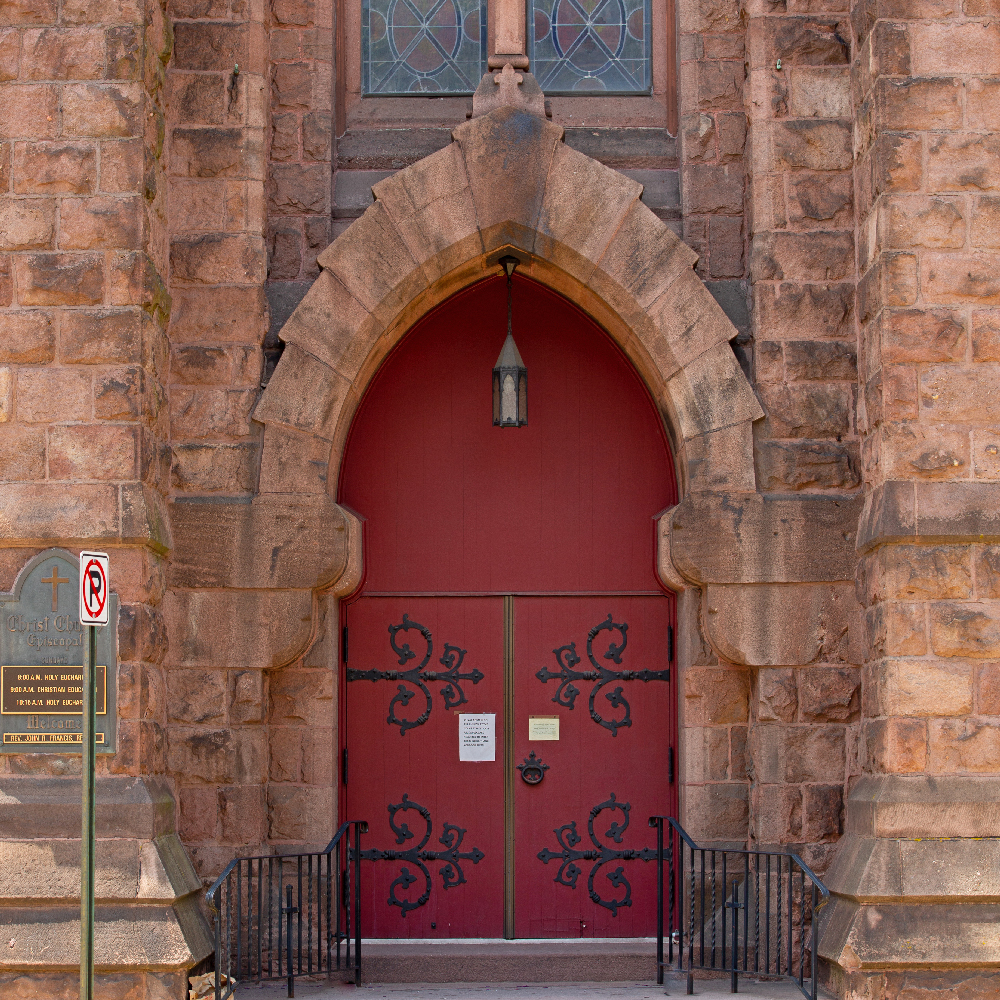 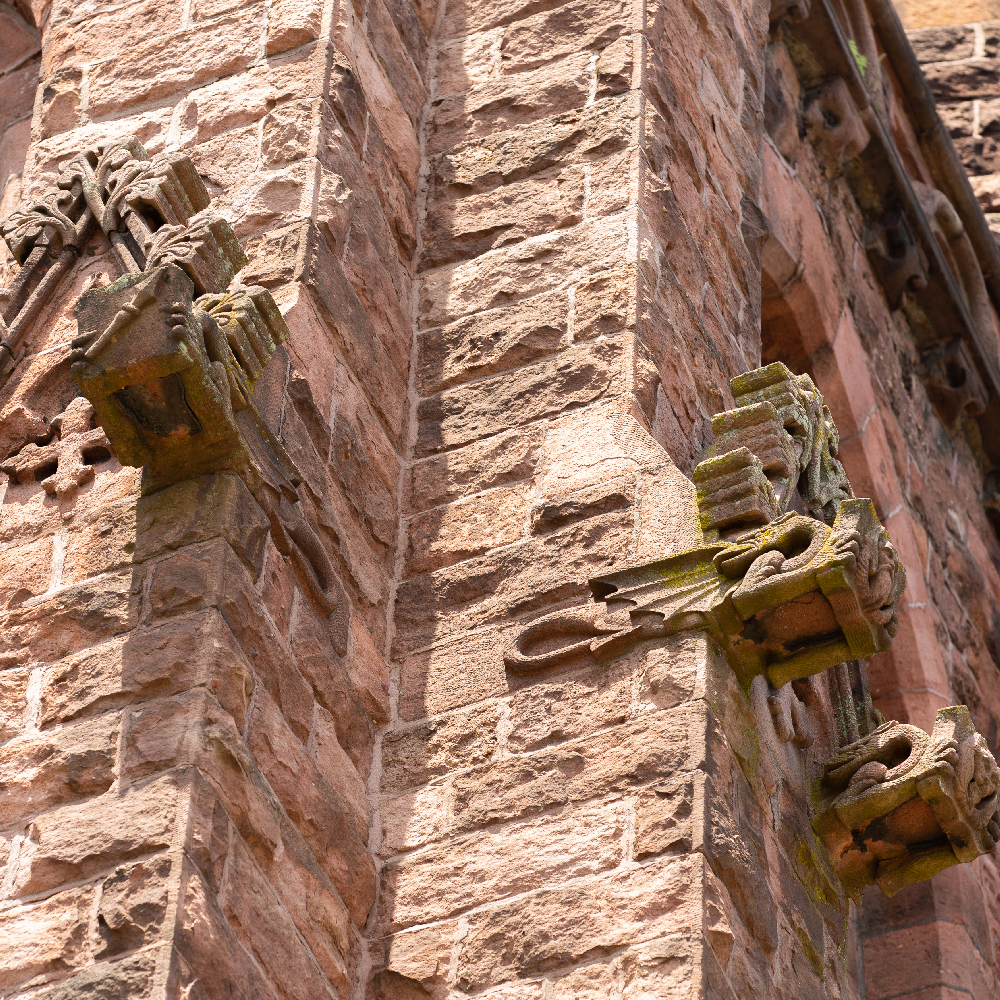 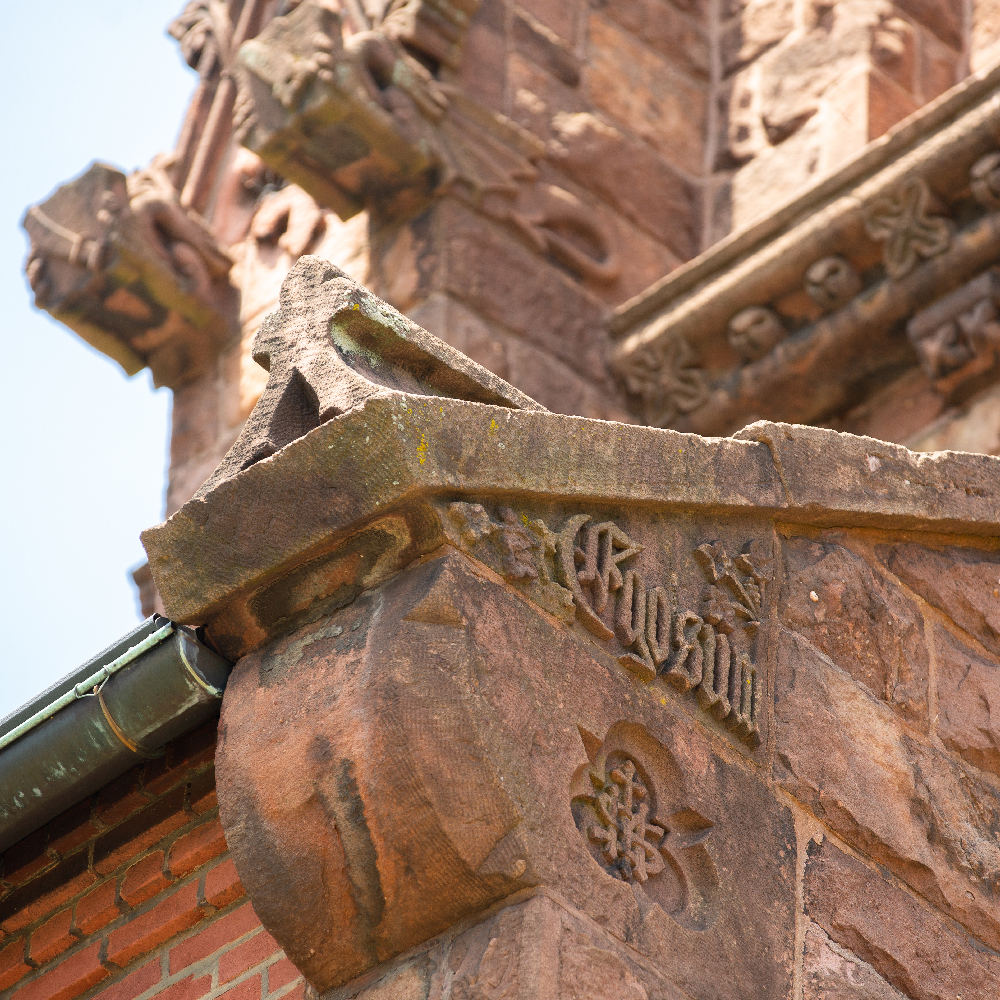 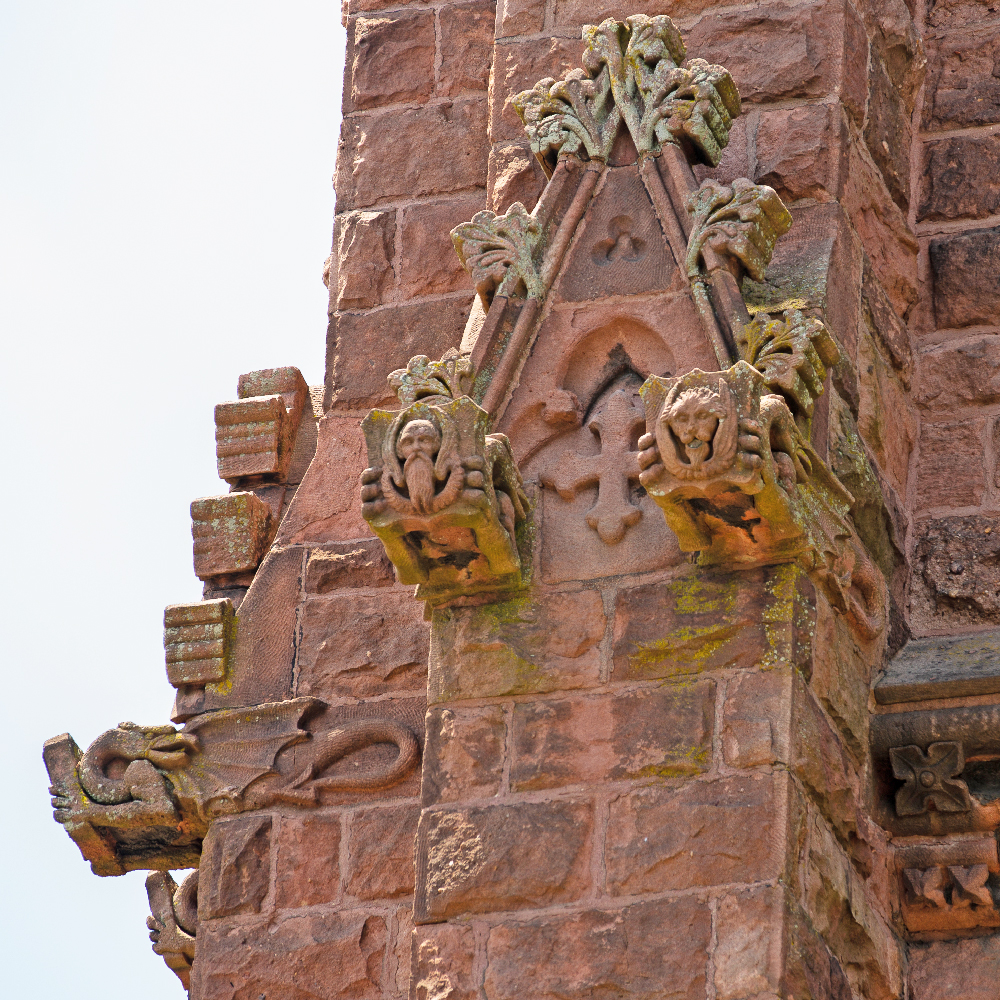 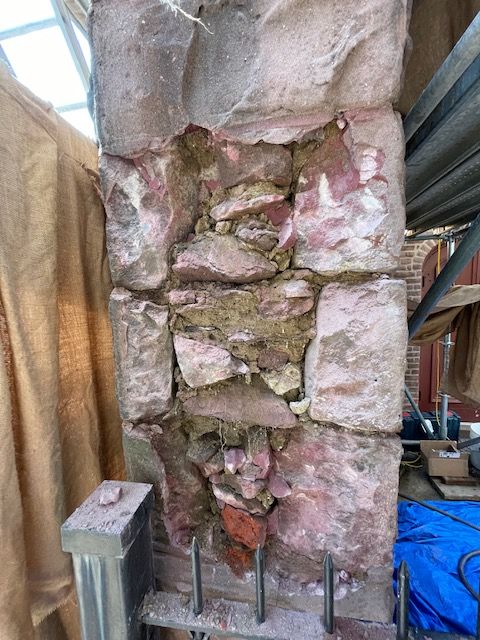 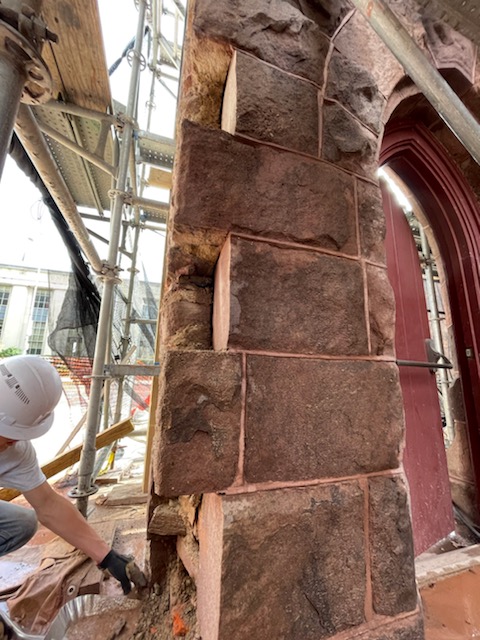 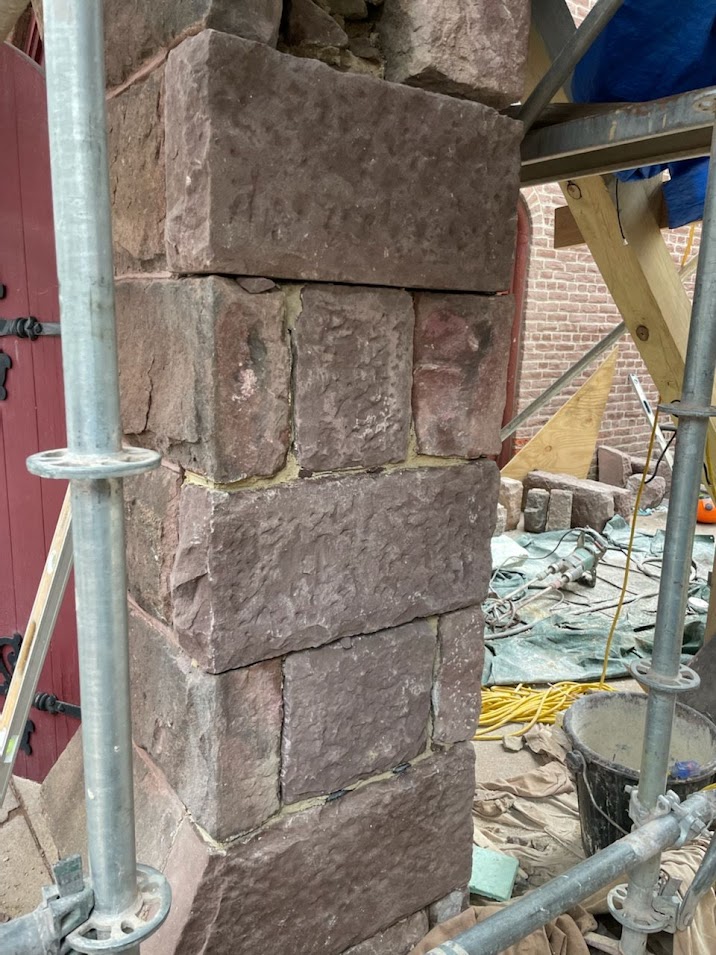 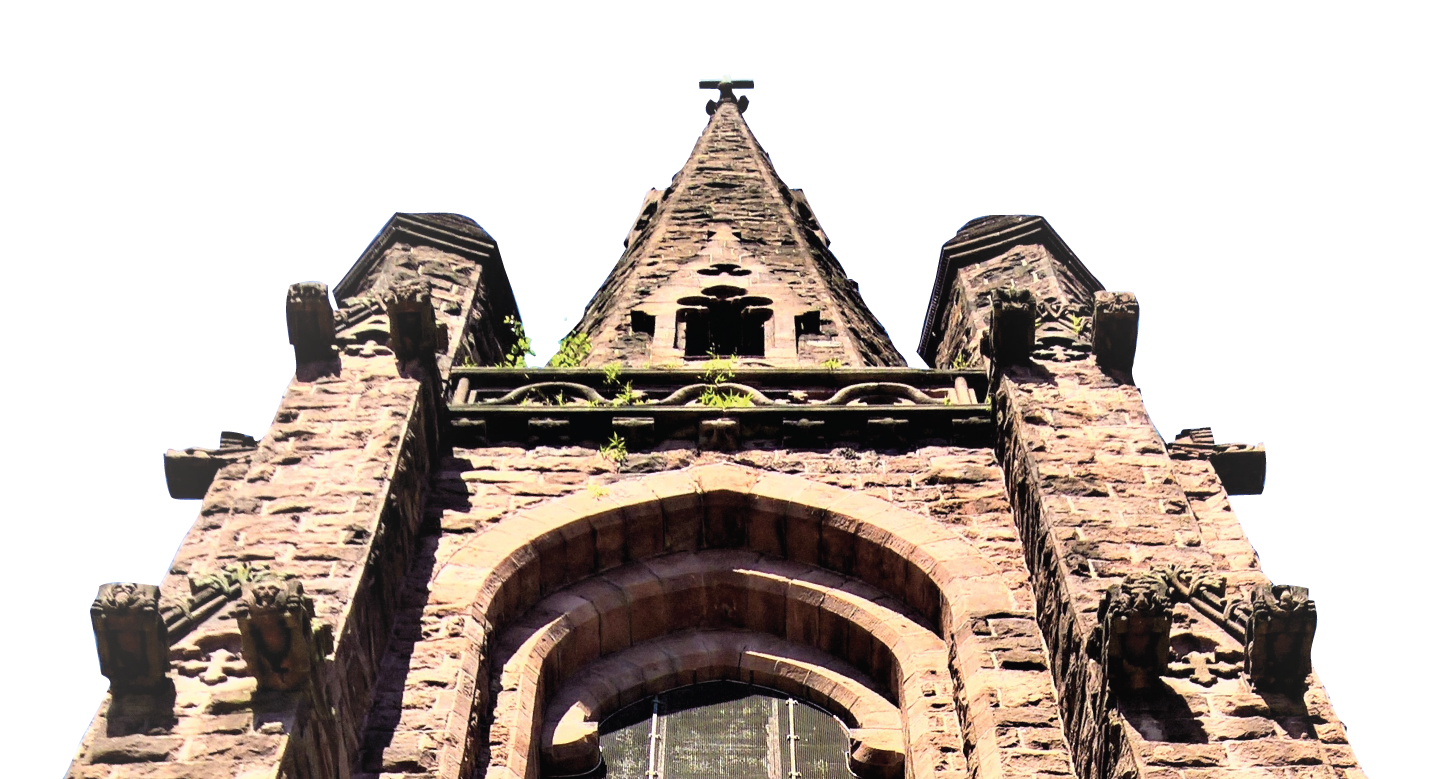